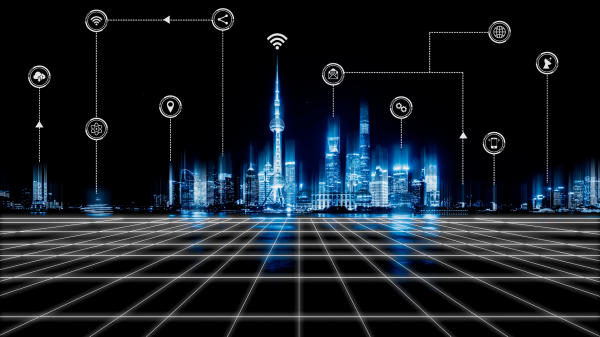 These days more than half of the world’s population live in the cities and this number is constantly growing. This urban expansion brings a big challenge in managing resources and infrastructure; however, process automation and optimisation of cities could hold the answer by using resources more efficiently to cater for the growth.

The future comes not only with new questions but also with the exciting new world of possibilities. Evolution of technology allows us to solve age old problems better than we have ever been able to. Transport is an obvious area of emerging change, leading to cars that can not only can drive themselves, but can also communicate with other vehicles and city management systems in real-time, with the potential of reducing congestion and pollution, while increasing comfort and safety. Smart cameras are also able to manage more complex tasks, such as detecting unusual patterns that can inform authorities of a dangerous situation before it even happens, making things safer on a city-wide scale. Application of smart city solutions to better manage traffic and electrical resources can significantly reduce running costs counted in millions and billions.

Another major advancement is 5G which is a new, incredibly fast wireless communication technology that brings an amazing potential to smart city solutions, with a combination of downloading speed that can compete with broadband and low latency which enables a huge number of IoT devices to send information to each other simultaneously. The revolution of 5G also brings improvement in critical data communication where precision and lack of delays is a priority, like in autonomous cars and emergency management systems. This new generation of cellular network will also enable more effective data processing and storage.

Although it all seems like a scene from a science fiction movie, these technologies are available and emerging now and with partners like CyQIQ they can become a reality.